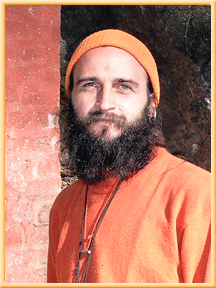 What else is worth mentioning about the path, practice and doctrine of Nathas is that it is extremely secret. And this is not intrigue or advertisement. To make it clear: there is a chance for a few in millions to figure out what Nathas tradition is. Why do I think so? It is known that Gorakshanath was a disciple of Matsyendranath who was kaula-tantric. Kaula-tantrism is a difficult practice and doctrine has traditionally been kept secret. So, Gorakshanath took its essence from his Teacher, that means the highest that was there. The essence can’t be simpler, than that from which it is extracted.

I saw many who called themselves Kaula-sadhakas, but at the same time they absolutely didn’t understand and criticized doctrine of Gorakshanath, therefore, my conclusion about these people is that they aren’t who they claim to be. If they were masters of Kaula tradition, they would also understand the doctrine of Gorakshanath, and since they don’t understand, then it speaks for itself who is who. But the point is that admission to something serious is impossible so easily and simply, one should not delude oneself with the apparent openness of tradition, this is only an appearance. It is necessary that potential disciple can be trusted as well as he has deep understanding.

Some come and think that they are just simple people, not bad, and that deep understanding is not needed – or on the contrary, having a penetrating vision is enough. But where is a guarantee that the penetrating vision is not a schizoid jungle and inner illusion, or simplicity and nature are not laziness and pretense? Therefore, one needs to properly engage himself in both areas, they are inseparable. It is not possible that a person has spiritual vision and at the same time creates madness, carrying destruction both in his life and in the life of his loved ones, as a rule, blaming others for this (that he is not the cause of the alleged destructiveness). Anyone who has humility, simplicity and, as a result, the ability to perceive and understand, brings benefit to the society. Whether a person is ignorant, selfish or not – is expressed in his ability to act in the most consistent way with the rest of the disciples and the entire sangha, this is an important criteria.

What is most important in discipleship

There is another important principle that must be understood by those who want a full discipleship in the Natha Sampradaya, and not just formal dikshas. You can see many philosophies, techniques, Gods, pujas, mantras etc., however, the most important thing is what is closer to you, and of course, it all depends on what you consider as yourself: soul, mind, body etc. The internal transformation of consciousness-energy in the sphere of feelings is closer to you, as to subject, this is why it is always on the first place.

If this does not happen, then everything else: Guru, pujas, some "cool Deities" (Kalabhairava, Pratyangira, Trika, etc.) don’t mean anything, moreover, they can be harmful to the practitioner. All this correlation of Deities with yourself can be dictated by our ego, and apart from gratifying it, it gives nothing, which in fact is a form of spiritual degradation. To have a real connection with these Devatas, great knowledge is needed. And how will a person get that knowledge if he does not know, for example, the language to read texts about Deities? Moreover, how will you yourself look for what you need to know about these Deities in the variety of texts? And the text itself will not tell you the answer, since it is an inanimate object, it cannot speak to you. It may take a lot of time until one brings pieces together, but this is not a guaranteed either. So this is the pay-off for the ego – wandering in the wilds of years, lifes. For Nathas, as for any embodied being, the closest thing is your subtle and gross body.

After that comes Guru who is closest to you, i.e., your Diksha-guru, the one with whom you can really communicate regularly, and not some kind of guru-abstraction (in the Himalayas, all sorts of Ramana Maharshi, and even Gorakshanath and all the ancient Nathas). If you don’t have real Guru with whom you have built a relationship and constant communication, even the Deities have no special value for you. Deities dwell in other lokas, and when this is all at the level of the mind, then there is a great chance to get into the mental jungle, the space of illusion. It is for this reason that, in addition to the practices of internal transformation, Nathas go further with shambhavi- or nadi-puja, which connects you with your Guru. The Guru is the portal to everything that is purest and most powerful. But this is possible only if a person himself is ready to change inside, therefore, if he doesn’t have the necessary sanskaras, correct guidelines, then shambhavi-puja and everything else will not give Shaktipat. Nathas are not people of abstraction, they deal with what is closest to us, as a subject. This is a very essential principle that is extremely important to understand and accept if you want to progress spiritually and be a true student, sadhaka.

The importance of the sacrament

Many yoga texts say that seemingly simple practices should be kept secret. There are many spiritual corporations who say that one should be compassionate and therefore distribute as many techniques as possible. In fact, it is not more than justification of business and nothing else. You can share everything on the subject of your spiritual life only with those whom you allow into your soul, it can only be Sadguru, partly gurubhais, with everything else you need to be extremely careful.

What is secret? This is not just some kind of physical technique written in a book, it is your soul, subconsciousness, consciousness. In Sanskrit it is "rahasya", "gupta", "gopya", there are many terms. There is something that is hidden by its nature and if person is impure and cannot see deeply the spiritual side of another person, then he won’t be able to perceive anything sacred or hidden from him. However, people with their misunderstanding can create a lot of dirt and mental garbage for you, so you don't need to share anything of value with them. This is not lyrics on how beautiful world is, and that grace is all around. People are very much predisposed to do nasty things out of envy; there are beautiful theories, but there is life and truth about people and society.

The problem is that many yogic practices, ritualistic ones, being easily distributed, eventually become consumer goods, lose their true guidelines and purposes. The texts speak of the secret, i.e. spiritual, and the practices were originally intended exactly "for the soul", despite the fact that they look like physical and objective. Yoga techniques are "spiritual" in their main focus, therefore they are secret. But if you give a laptop  to a monkey, it is unlikely that monkey will perform complex operations on it, it can hit laptop with a stone or launch it at another monkey, etc. People often treat yoga techniques same way and later wonder why yoga doesn’t develop siddhi.

It doesn’t matter what yoga is called: "traditional", "sampradaya" or "world famous", if it doesn’t reveal siddhi, then you should know that something is wrong. Siddhis are not distributed to just anyone, a person should not be stupid but at least decent and responsible, who understands what karma is.

The secret, or something hidden, is what relates to your soul, if the Guru is connected with the soul, then everything that is connected with Guru and the soul must be kept secret, like all the instructions that Guru gives you, and all the practices can’t be shared. You can only share if you have agreed it with your Guru, uncoordinated actions in this matter will make spiritual harm, to you and your Guru too. There are texts in which it is recommended not only to hide everything that happened between you and your Guru, your practice, but also to keep your Guru, as well as your Deity, mantra, etc. secret. We must honestly understand that people are very weak beings, only fools think that they are omnipotent and invulnerable, and the more person is a fool, the more such conviction is in him. Therefore, no one knows when and what forces will hit you and how, if you violate certain principles. Sacrament is protection, it protects you from a heap of troubles, don’t allow anything harmful (which in fact is almost everything) to intrude into the inner sphere. This is important not only for siddhis, but also for any success, health and everything else that can be useful for you even in this material world. My student or even just a person who has at least some common sense should understand this properly and adhere to it.