On actions that support and destroy the practice of yoga 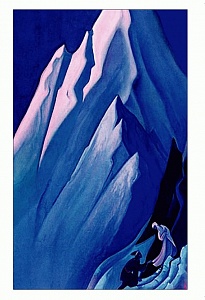 Niyamas are the prescriptions that yogi follows, receiving them from an authoritative Guru in the form of practices and instructions to them. There can be many Yamas and Niyamas, as many as there are obstacles on the way that must be overcome for spiritual development. A wise person does not wait until Maya catches him by surprise, causing suffering, taking away the objects of his attachments, he acts purposefully, consciously leaving that which has a limited nature.

In “Goraksha-vacana-sangraha” it is said:

It is important to describe these actions in more details and analyze their impact on everyday life.

Gluttony is a process that actually overloads the normal functioning of the body. If we draw an analogy with sports, then this is like pain in the muscles after the workout due to a powerful overstrain of muscle mass in a certain area. Overeating causes severe imbalances in the energy system.

In asanas yogi impacts internal organs and systems of the body, distributing prana evenly. With daily practice, it becomes more and more noticeable how the food intake affects body and mind. Over time, one might notice that the process of eating itself affects not only the construction of body tissues, but also determines the characteristics of the human mental plan, which is further reflected in the form of events occurring during the day and, ultimately, on situations of greater length in time.

One of the simplest and most common instructions on food in yogic texts is the recommendation to leave a third of the stomach empty after eating. In addition, it is known that some yogis eat at night, and there are physiological and esoteric explanations for this. For example, the certain programs of the subconscious are activated at night, and by eating food at night, yogi stimulates them to be brought to the level of consciousness, so that they can then be transformed.

It is no secret that the reason for overeating is the mind, in first place, not the body, so it is very important to be able to track these processes in the mind and learn to manage them.

Unnecessary efforts are the efforts that take the practitioner's time and energy away from sadhana. As a result, this affects the quality of the practice, the ability to perceive, weakens the will to further development and lowers the ability to overcome obstacles on the spiritual path.

Talkativeness (prajalpa) is any conversation about everything that does not contribute to the spiritual development of a person.

In most cases, being in society, it is very difficult to avoid communicating with people who are focused exclusively on “everyday life”. But even in such situations, there is an opportunity to develop internally.

It is important to comprehend everything that happens, to analyze your feelings from such an interaction, even from the useless trying to learn lessons and strive to build your communication in a more effective way in the future. It is useful to communicate with wise men and people who have grown stronger in renunciation, with those who have results manifested in the world, confirming the truth of their worldview. At the same time, it is always important to remember that if a practitioner receives a lot of knowledge from wise and strong people, but at the same time does not develop himself, then this is a failure of asteya and aparigraha.

Frivolity is a quality generated by ignorance, formed by attachments to being limited in time and space, sensory experience, which is reflected in consciousness in the form of an inability to distinguish and adequately perceive the world around us.

Inattention to the main and excessive attachment to the secondary gives rise to anxiety in the soul and frivolous actions.

Yoga practitioner should try to avoid all of this.

Diligence means an effort to improve the qualities of one's discipleship, but at the same time, diligence and aspiration in practice does not mean the pursuit of experience and knowledge, diligence is a very calm and continuous effort in everything related to sadhana.

Dilligence is also necessary to avoid "rollbacks" in own development. The experience of Teachers shows that the most significant results in practice are achieved by those who show systematic efforts to the best of their ability, that is, they follow the "golden mean" in everything. It is better to make a little effort and practice systematically and slowly than talk a lot and emotionally about practice and dharma, but stop developing because of the simplest difficulties on the way.

In Nath Tradition, the upayas are not divided into lower and higher. It is more important to follow the upadeshas received from Guru and strive to fulfill them. Then diligence will bring positive results in sadhana and spiritual transformation.

Certainty does not mean rigidity. Certainty is, rather, loyal adherence to all elements of sadhana and intention.

Reasonableness is a practice based on authoritative sources, as well as going from extremes to the "golden mean".

Cognition of reality is a correct experience in sadhana, certified by Guru.

Comprehension of the meaning is the correct perception of the teaching, which is promoted by shravana, smarana, nididhyasana.

Refusal to empty communication – empty communication comes from excessive sympathy for ordinary people who are often indifferent to what the practitioner aspires to. Detachment allows you to keep empty hands and an open heart. Such a person, being spiritually strong, understands that the more he leaves of what limits yogi in the spiritual world, the more he is able to perceive new, to learn.