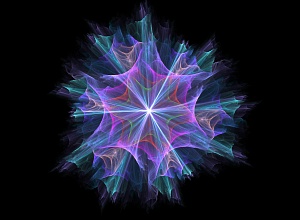 "Adhara" means basis or foundation. In yoga esoteric aspects of the body are called adharas. Those are the points of prana transformation and areas for concentration. There are sixteen adharas. Concentration on adharas helps in the awakening of Kundalini, raising it upward, so that in the higher stage of shambhavi-mudra to redirect Kundalini inside, to connect the inner and outer lakshyas and achieve the state of vyoma.

Adharas are connected with mudras, bandhas and some practices of concentration. Concentration on adharas is done with half-closed eyes.

In some texts, the term "adhara" means Shakti that "supports" Shiva. Since Kundalini-shakti is the force that creates the universe, it is the basis (adhara) for the universe, or, in other words, in the basis for the body of Shiva. Shiva and Shakti are mutually adharas for each other. Thanks to Shakti, Shiva attains the highest transcendence, and Shakti, through Shiva, reveals her creative powers.

In yoga, the word adhara is used in practice of mudras as a method of achieving certain states, and the area for concentration are the mean for transformation of consciousness while consciousness itself is an adhara for practice, because something in ourselves forces us to practice, and practice is a mean for changing consciousness.

Adharas are applied at the stage when asanas are transformed into mudras. There is no point in meditating on adharas in asanas, when the general psychophysical state is not placed in order. When one starts the practice of hatha yoga, mind tends to focus naturally on some areas. If asanas practice imply lot of tension, then it is yet too early to practice mudras or bandhas. Later, having reached a certain purity and strength, consciousness can be concentrated on the adharas. As energy follows mind and to direct energy to sushumna it is necessary that energy acquires a certain quality.

Adharas, where consciousness and vital energy are concentrated, contribute to the awakening of Kundalini-shakti. In order to explain this process in more details, one should turn to the concept of mudra, as a psychophysical symbol. There are several translations of the word "mudra", one of which means "seal" or "imprint". In other words, mudra is a reflection of transcendent light in the object. In the sahasrara-chakra, mystics experience shining (prakasha), the most transcendental light, the highest in comparison to other chakras. Every center of the human body reflects this light. Reflection is the nature of vimarsha, or Shakti, and light is Shiva in the form of an unlimited ocean of consciousness. In our individual consciousness Shiva manifests too, that is why when focusing on the reflection of Shiva's shining in the world of forms, the practitioner discovers his true nature. This is how through adharas, energy is transformed and directed to sahasrara-chakra.

Now let`s consider another meaning of the word "mudra", which comes from "mud" - joy, "ra" - bestow, i.e. "the one giving joy”. In regard to practice, this means that when prana and consciousness through adharas concentrate in sushumna, Kundalini-shakti awakens and the practitioner gains joy. When Kundalini-shakti awakens and directs towards Shiva, the "yogic maithuna" occurs – this is the very essence of the tantric maithuna. In fact, all yogic mudras are aimed at finding this state, and the adharas play an important role here, because these are the points through which sushumna awakens.

When prana reaches to a certain state and moves into sushumna, as many texts say, the body of a yogi becomes like a corpse. The body of the adept itself usually appears as toned, each part of the body is connected to other parts. At this moment of time there is no special need to perform bandhas, they happen on their own and are formed by the flows of prana, directed inward and upward.

Adharas are related to antaranga-yoga, and they are basic concepts for raja-yoga, laya-yoga or higher sections of hatha-yoga.