Zeal (utsaha) is certainty, intelligence, knowledge of reality, knowledge of the meaning, the rejection of the idle talk – these six steps lead to the improvement of yoga. Diligence is an effort to improve the quality of your apprenticeship, but at the same time, diligence and focusing on the practice, does not mean the pursuing the experience and knowledge. Diligence is a very quiet and continuous effort in all actions related to the sadhana. You need the quiet force to avoid rollback in practice. The experience shows that people who do systematic efforts according to their abilities show the best results.


One of the most important things in the Natha tradition is stability. Bhakti (devotion) is expressed in stability; bhakti happens when we sacrifice ourselves, our body, our breathing and our mind to Alakh Niranjan. Alakh Niranjan is manifested in us, as well as in a Guru. Stable adherence to a Guru, stable asana, stable breathing and stable consciousness, rooted in God – these things are important for the yoga adept. 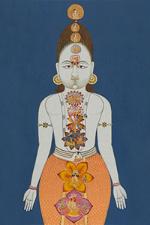 
In the Nath Tradition body is denoted by the term of Pinda, meaning "collection, total amount" in Sanskrit. According to Nathas, Pinda reflects the universe in itself ‒ all existing worlds (lokas), Deities, sacred places and even hells. Thus, cognizing this micro-universe in own body, Nath comes to the comprehension of the whole creation.