It's celebrated on the eighth day in the fortnight in the month of Kartik.

On this day believers get up early in the morning and after ordinary morning practices worship Bhairava and his vahana - dog, with sweets and flowers (performing puja). After worshiping Bhairava, the deceased are worshiped. Dogs in the district are offered milk, sweets and other delicious delicacies in honor of the holiday. At night the tales of Bhairava are told or it's spent praying. 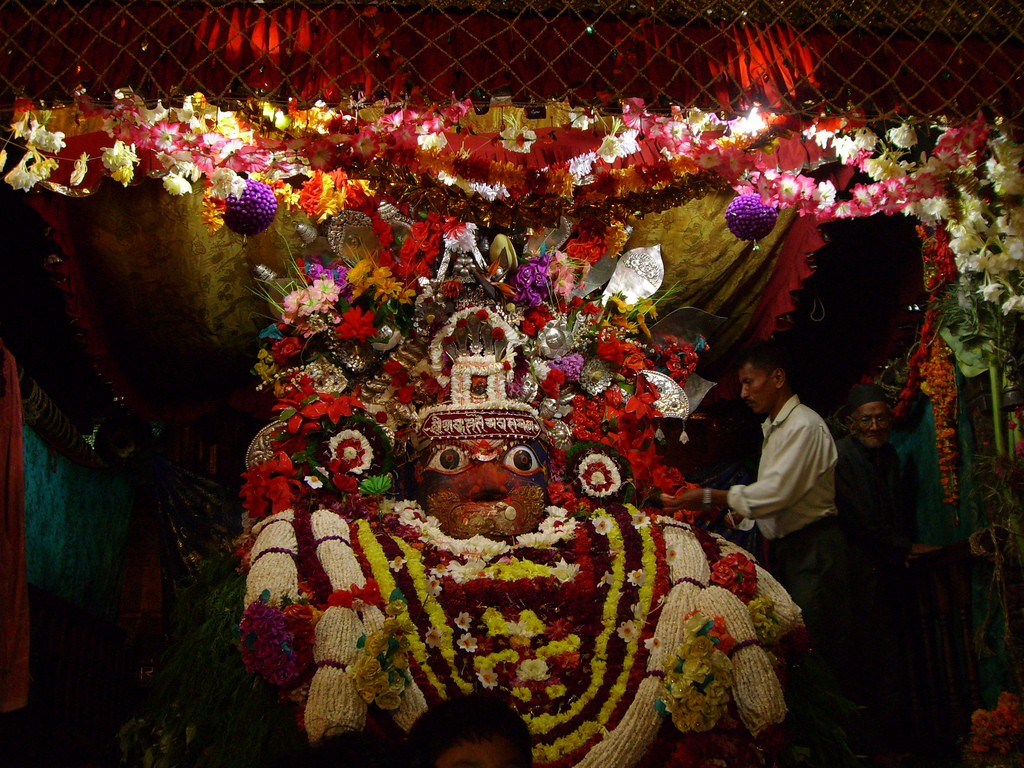 It's to be noted that Bhairava Ashtami is celebrated by the dedicated to Shiva on the eighth day after full-moon every month.

According to the legend during a debate between Gods as to who was superior of them, Brahma declared himself the Creator and said, that it was him, who had created Shiva and named him Rudra (from Rodan - cry), because he had been crying. Confirming these words, he ordered Shiva to bow his head to him.

Shiva saw scarlet, created Kala-Bhairava and told him to cut off one of five Brahma's heads. It was done up-to-the-minute. Kala-Bhairava, who had committed the sin against the Brahmin, had to beg alms for 12 years, but Shiva sent him to Benares and ordered him to be a defender of this holy city, where was no sin . Since than Kala-Bhairava is the most worshiped deity in Benares.