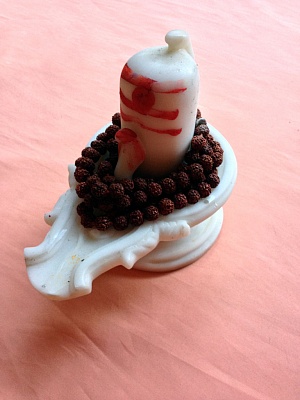 The most important symbol of Shiva as the creator, the universal consciousness which contains the entire world in its potential.

It is shaped in the form of an egg or a pillar (according to one theory the lingam is derived from Yūpa, a Vedic sacrificial pillar, the Stambha, a pillar which embodies the image of the World Axis).  Sometimes it is given a resemblance to the male sexual organ. (This emphasizes Shiva's capacity for creation).

it is usually placed on a circle base (pitha, yoni), which personifies Shakti, the womb of mother nature. It is often represented wrapped with a snake, the symbol of Kundalini.

In Sanskrit liṅgaṃ literally means "mark", "sign", "distinguishing mark (including lineage or gender)", but there are other interpretations as well. For instance, Kaulajñānanirṇaya gives the following explanation:

3.10. Thus it is called lingam, because in it, all movable and immovable things are dissolved (līnaṃ). 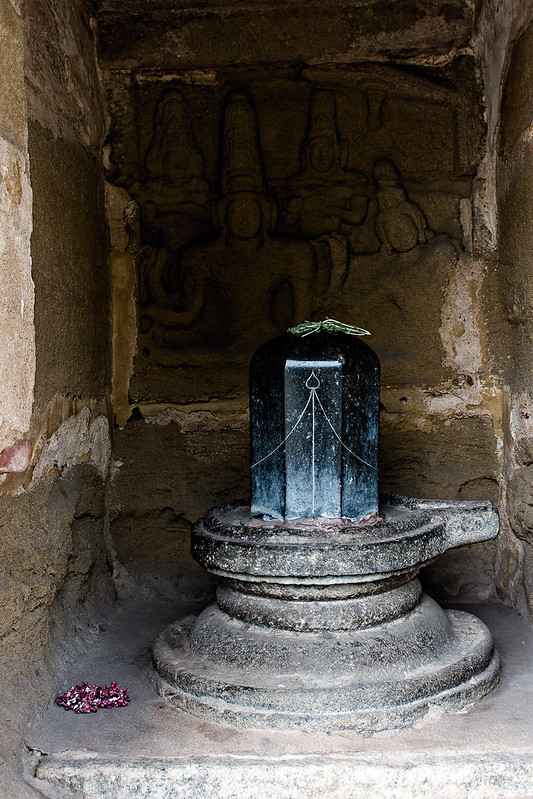 Shivalingam worship is considered to be one of the oldest in Hinduism, possibly dating back to the pre-Aryan Harappan civilisation that existed between 3300 and 1400 BC: objects that resemble lingams have been found during archaeological excavations of their cities.

Presumably the oldest unmistakable shivalingam is located in a temple in Gudimallam village, Andhra Pradesh, and is actively venerated. Some scholars attribute it to the 3rd century B.C. (other common versions are 2nd-1st century B.C., 2nd-4th century A.D.)

Iconographic texts such as Kamika Agama, Suprabheda Agama, Karanya Agama, and Mayamata contain specific instructions on how to make a lingam. They are divided into two classes: chala ("movable"), and achala ("immovable", large temple ones, made of stone).

Achala lingams are supposed to be of three parts. The lower section is the part of Brahma, it has a square shape and is buried in the ground. It is considered as genderless (Brahma the creator represents the state before Creation). The middle section is Vishnu's part, with an octagonal shape it is hidden in a pedestal (piṇḍikā). It is considered female (one may recall how Vishnu took the form of Mohini). The yoni is located in this part. The upper, usually rounded, visible section is Rudra’s part. It is known as "the part [meant for] puja" (pujabhaga). It is the part on which water, milk, etc., is poured during abhisheka. The part of Rudra is masculim and Agamas prescribe that the three lines of brahmasutra should be drawn on it. 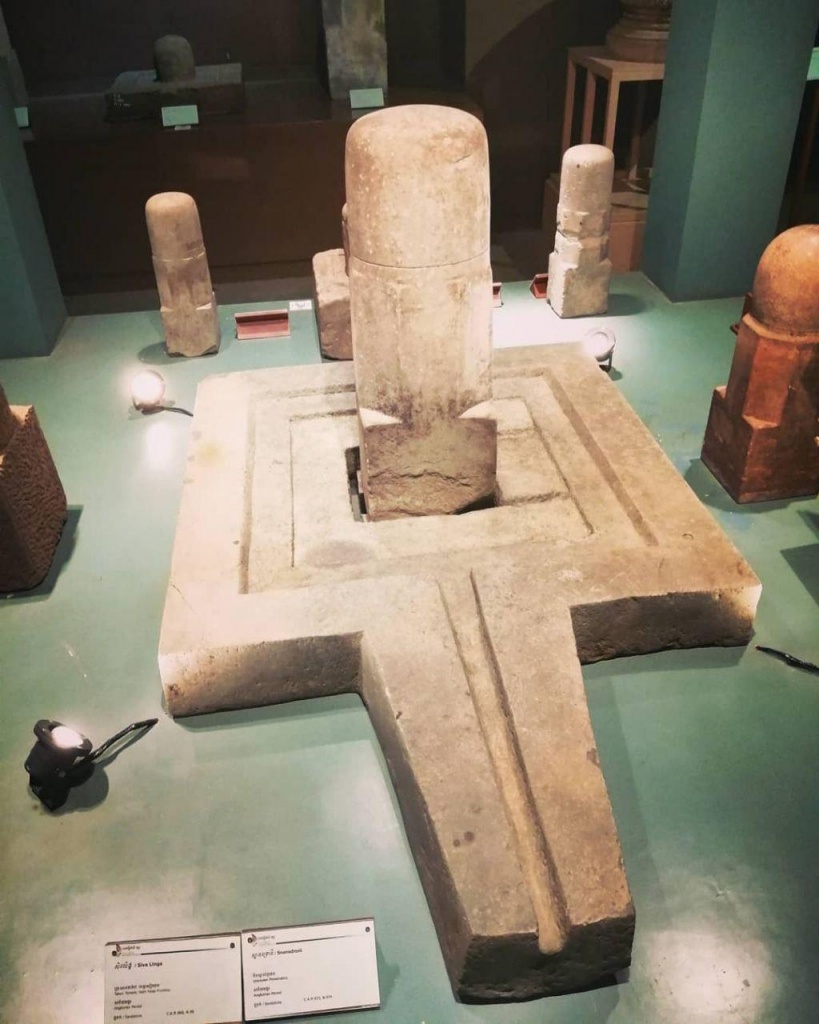 The proportions of the lingam, the ratio between its parts, and the shape of the yoni are determined by the type and size of the shrine in which the lingam is to be installed. The number of entrances in the central shrine will determine the number and position of Shiva's faces that can be sculpted on the pujabhaga.The maximum possible number of faces is five, in accordance with the five aspects of Shiva (Vamadeva, Tatpurusha, Aghora, Sadyojata, Ishana). If there is one entrance and it is situated at the front, eastern, side of the room, a single face should be sculpted at the front of the lingam, facing the entrance. If there are two entrances, one east and one west, there should be two faces; if there are three, there should be three faces on all but the west side; if there are four, there may be four or five (the fifth is placed on top of the lingam and should face the east).

Movable (chala) lingams can made of stone, but also of metal, wood, gemstones, burnt and unburnt clay. A separate group are chala lingams for a particular occasion, a particular purpose, to be destroyed after puja. They are made of boiled and raw rice, sand, fruit, river clay, kusha grass, rudraksha, dung, oil, sandalwood paste, flowers, flour and raw sugar. The veneration of a lingam made of rudraksha is believed to bestow knowledge, a kusha grass lingam bestows moksha, one made of flour gives strength, etc.

For chala lingams, only the part of Rudra, visible above the pedestal (piṇḍikā), is made, i.e. the lingam and  the pedestal, yoni are made together, inseparable. When making movable lingams one is not required to observe all those prescriptions which are mandatory for immovable ones. For instance, it is not necessary to apply the brahmasutra lines.

The above-mentioned prescriptions also do not apply to self-manifested (svayambhu) lingams, which are considered to be perfect.