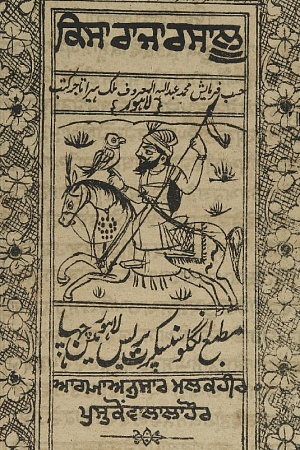 The main math is situated in the village Tain (the north part of the state Rajasthan, Shekhawati region).

Mannath was a younger brother of Puran Bhagat (Chauranginath), and before initiation to the Tradition his was called Raja Rasalu. The people of Punjab created multiple legends about him.

One version says that Rasalu ruled Tain, the other - that he came to that area already being a yogi to perform tapasya. Briggs writes that Mannath was a follower of Raja. Some people think that the panth was founded by Gopichandnath - the disciple of Jalandharnath.

One of the famous mannath is siddha Amritnath, who was developing practices of Raja-yoga. Amritnath's ashram is situated in Fatehpur (Rajasthan) and has branches in Jaipur, Calcutta and Raniganj.

Many deities are worshiped in mann-panth, but the preference is Shiva. They perform different types of upasana, similar to kaula.