Rahu or the northern/ascending lunar node is one of the navagraha: naturally malicious and tamasic by nature. Rahu is the point at which the Moon crosses the ecliptic in its movement from south to north. At this point, lunar and solar eclipses can occur.

It is believed that Rahu is in many respects similar to Shani (Saturn), but unlike Shani, it is expansive, it is connected with expansion, ascent. 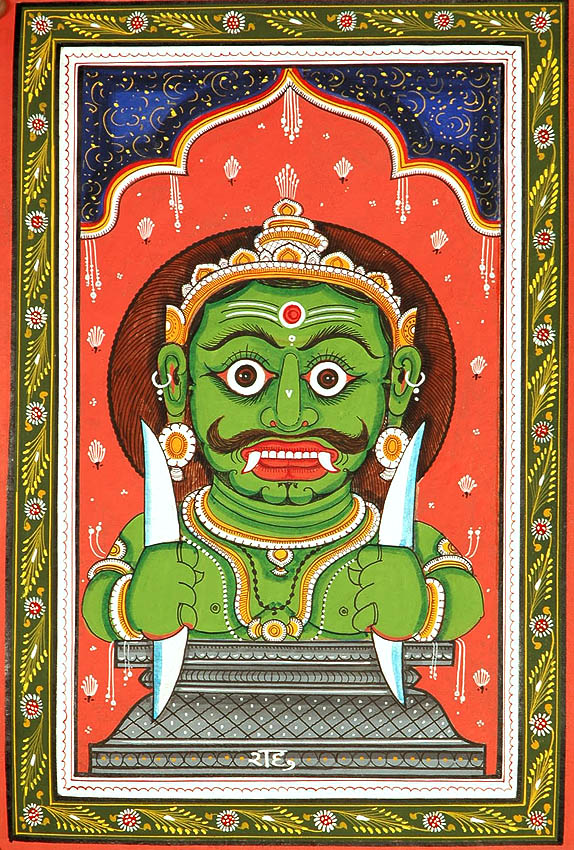 The legend of the appearance of Rahu and Ketu

Once it happened that the asuras won a crushing victory over the devas and took control of the entire universe. Not knowing what to do, the defeated devas called to Vishnu. Vishnu advised them to obtain the nectar of immortality, amrita, by churning the milk ocean.

Devas alone could not do it - they had to go to the asuras to bow and promise them half of all amrita in case of success. Asuras agreed to help.

The huge mountain Mandara became a whorl, the king of the naga Vasuki - a rope (the asuras pulled him by the head, and the devas by the tail). 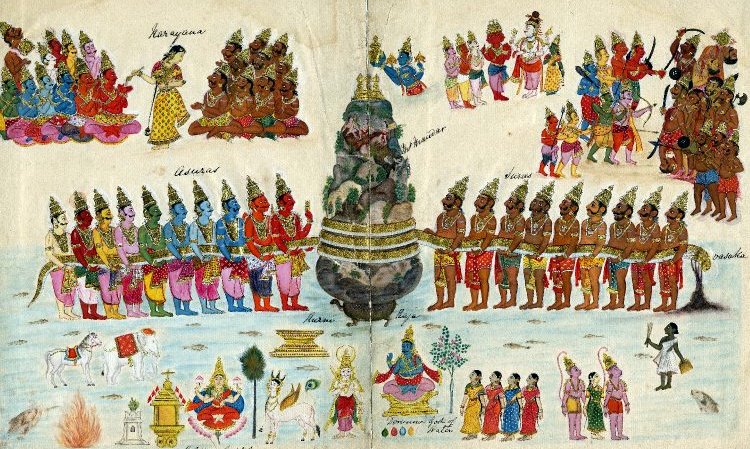 Soon after the beginning of the churning, a problem arose - the mountain began to sink. Then Vishnu, in the form of his second avatar, Kurma, the giant turtle, swam up to Mandara and began to hold it on his back.

Thousands of years have passed before churning brought any results. Not the amrita but a lot of poison. Shiva drank it and thereby saved the whole world, but a few drops of poison fell from the Lord's hands to the ground, and snakes, scorpions and poisonous plants emerged from them.

The churning resumed, and finally a lot of treasures appeared from the ocean: the cow Surabha completing desires, the seven-headed flying horse of Uchchayhshrava, the king of elephants Airavata, the jewel Kaustubha, the flower of Parijata, the apsaras, the goddess Lakshmi, the goddess of wine Varuni and the god of healing Dhanvantari with a drink of immortality in pitchers. The moment came to divide amrita. The devas and asuras sat opposite each other, and Vishnu, transformed into the beautiful Mohini, began to bring them nectar. Blinded by the beauty of charms, the asuras did not notice that the whole drink was being given to the enemy. Rahu alone did not succumb to illusion. He imperceptibly took the form of a celestial and mixed with the devas. When Mohini filled the cup of Rahu, Surya and Chandra noticed the deception. They cried out, warning the Lord, and he, seeing through, threw the Sudarsana-chakra into the asura, but Rahu managed to drink some nectar, so he survived even after the weapon cut off his head.

By Brahma's decision, the head and trunk of the asura became two grahas - Rahu and Ketu, respectively. They always pursue Surya and Chandra, burning with thirst for revenge, and periodically catch them, this is how the solar and lunar eclipses take place.

The number of repetitions of the mantra is 18,000 times.