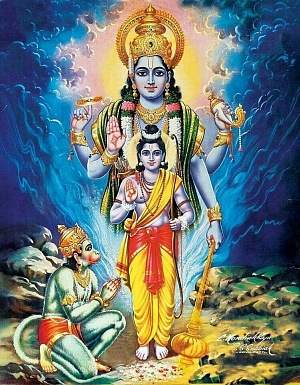 Rama is the seventh avatar of the god Vishnu, the ruler of the kingdom of Ayodhya, belongs to the Solar Dynasty. The story of his life is reflected in one of the most famous Indian epics – "Ramayana", written, as it is believed, by the sage Valmiki. Rama is widely revered throughout India and far beyond its borders.

The whole country celebrates the anniversary of his birth with a big Rama Navami festival. The legendary ruler of Ayodhya, along with his wife Sita (the incarnation of the goddess Lakshmi), personify the ideal of virtue, marital fidelity and impeccable fulfillment of the dharma. Their example inspires many believers to improve, and the principles of behavior proclaimed by them in society still do not lose their relevance and significance. It is believed that even the mere repetition of Rama's name is auspicious.

According to the legends, in the era of Treta Yuga, Vishnu was born on earth in the form of Rama at the request of the gods in order to put an end to the atrocities of King Ravana, the ruler of the island of Lanka (modern Sri Lanka).

His faithful allies and assistants in this matter were the half-brother Lakshmana and the god Hanuman (the incarnation of Rudra). This story is central in the Ramayana epic. Before this episode, the text describes the formation of Rama who was studying with the sage Vasishtha, fighting the Rakshasas, his exile from the kingdom for 14 years and him living in the forest.

Each new trial contributed to the preparation of the future king of Ayodhya for the fulfillment of his main life purpose. Of course, Rama, with the help of his allies, defeated Ravana and rescued Sita, who had been kidnapped by the demon king, from captivity. However, after returning to Ayodhya, Rama's subjects began to doubt the fidelity of the royal wife, so the ruler had to send Sita into exile.

In the forest, she found shelter in the ashram of the sage Valmiki. After a while, Rama again demanded proof of her fidelity from Sita, and then she began to pray to the goddess Bhumi to save her honor. According to legend, the earth opened up, Bhumi appeared from there and took Sita with her. This place is now Devi-patan – one of the important holy places for many Hindus, as well as followers of the Nath Sampradaya, shakti-peeth, where great yogis performed penance, in particular Guru Gorakshanath and Yogi Ratannath. 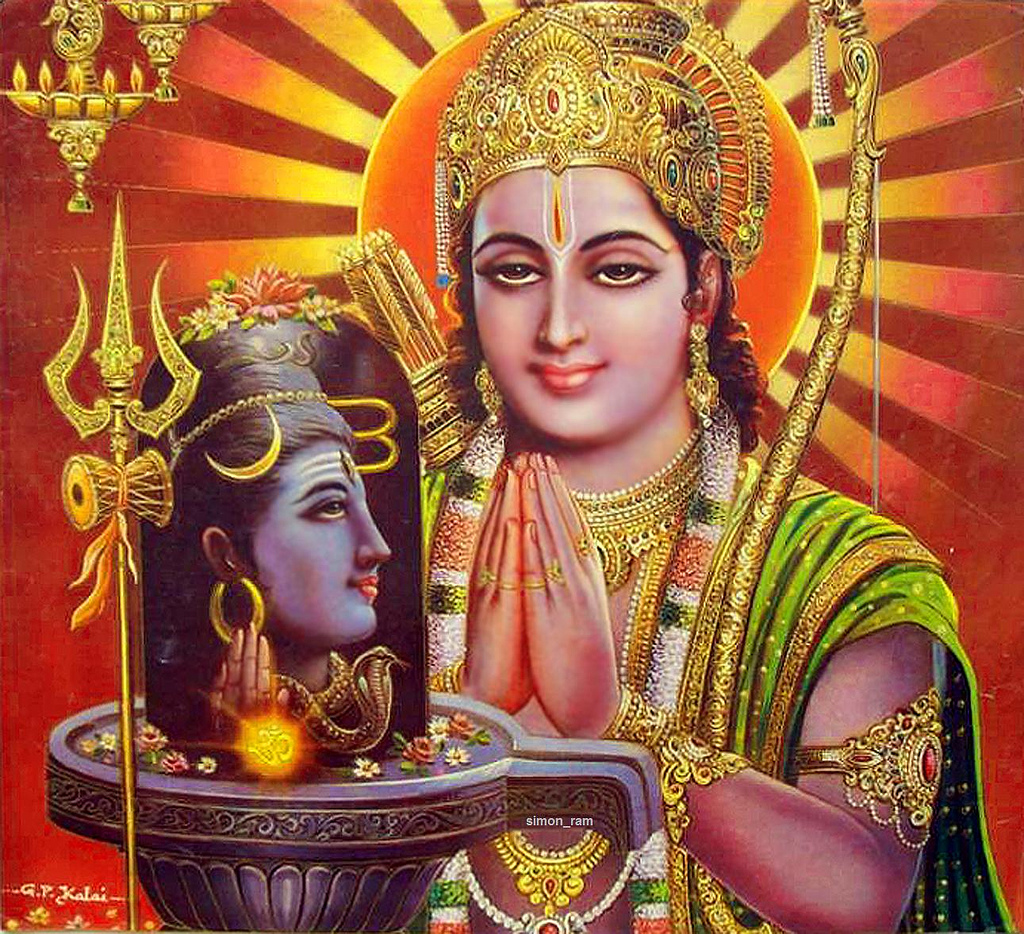 It is worth noting that Rama is one of the great devotees of Shiva. After defeating Ravana, he began to pray to Mahadev to get rid of a grave sin – the murder of a brahmin.

According to the legend, by the grace of Shiva, Guru Gorakshanath came to the place where the Lingam was installed and where Rama performed penance. Rama became his disciple, and later the founder of one of the lines in the Natha Sampradaya, whose adherents are called Ram-naths.

Also, it was Rama who advised Hanuman to become Guru Gorakshanath student. Becoming his student, Maruti founded one of their Natha-panths, Dhaja-panth, which spread in the South of India and Sri Lanka. In a form of yogi, Hanuman is known as Birbankanath.

The debate about whether Rama was a historical figure is still going on. As an argument that this is still a real person, they cite the fact that the famous poet Kalidasa wrote a whole genealogy of Raghu (Solar Dynasty), where Rama and the rulers before and after him are mentioned. In addition, memorial temples were erected along the entire route of Rama to Lanka, many of which have survived to this day.