My trip to Yogi Surajnath

My trip to Yogi Surajnath

First of all, I whant to say thanks to dear Yogi Bhagavannath ji for a meeting with his Guruji Surajnath. Place where he lives is far away from the metropolis located in Maharashtra, but in spite of this, my trip was unique. We had a good conversation on Gorakhbani with comments by Surajnath, which he granted to me. To me also was interesting his idea, that Gorakhbani and Gorakh-sabadi are most important works of Goraksha, and that, in fact, he owned much less texts than are assumed. I've also heard from Yogi Vilasnath that originaly Hatha Yoga Pradipika was written in shabari-bhasha, and then it was translated into Sanskrit by Svatmarama. In Shri Natha Rahasya by Vilasnath ji is a text called Sukshma Veda, it is Gorakh-Sabadi itself. I have never paid any attention to this part of Shri Natha Rahasya, and more discussed with Guruji abaout applied sections of his book.

Here are some photos of the visit to Surajnath ji

We are going to jungle 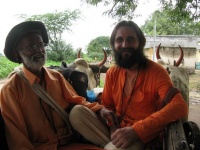 The road to Surajnath's home 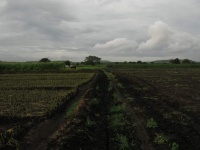 Our conversations were long, therefore we ate "not fare" from a topic :) 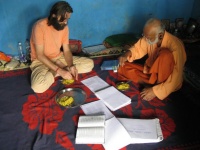 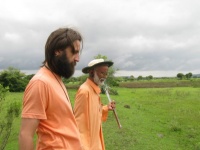 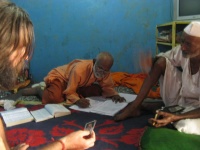 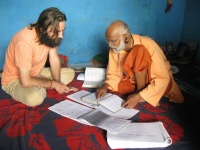 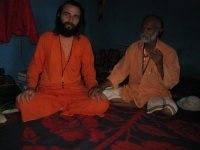