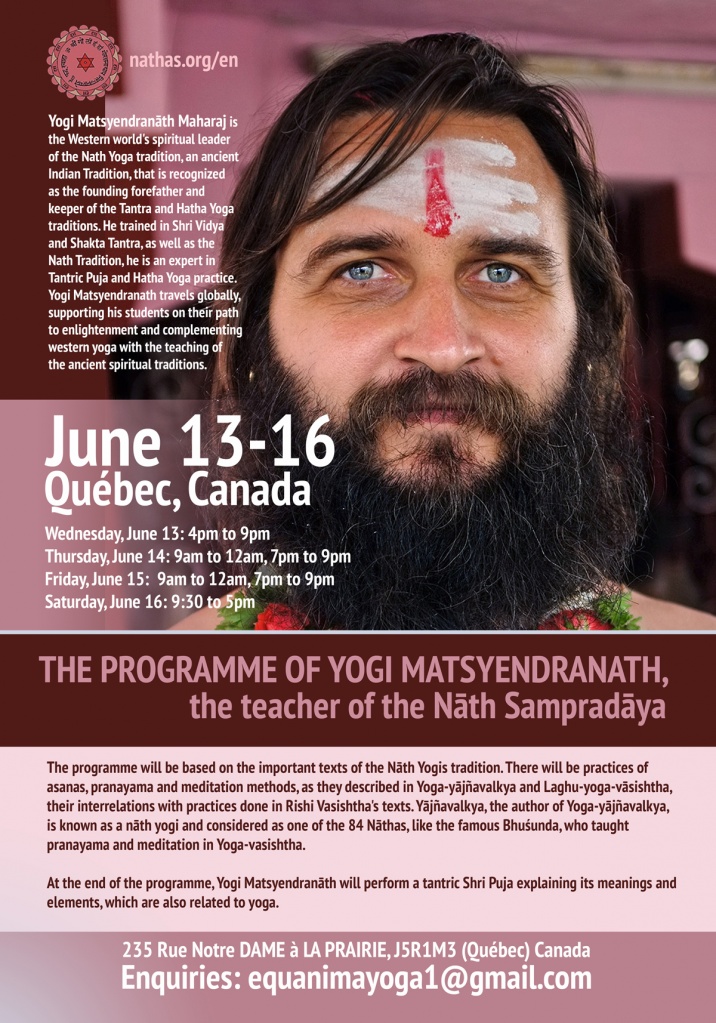 The programme will be based on the important texts of the Nāth Yogis tradition. There will be practices of asanas, pranayama and meditation methods, as they described in Yoga-yājñavalkya and Laghu-yoga-vāsiṣṭha, their interrelations with practices done in Rishi Vasishtha's texts. Yājñavalkya, the author of Yoga-yājñavalkya, is known as a nāth yogi and considered as one of the 84 Nāthas, like the famous Bhuśuṇḍa, who taught pranayama and meditation in Yoga-vasishtha.

At the end of the programme, Yogi Matsyendranāth will perform a tantric Shri Puja explaining its meanings and elements, which are also related to yoga.

Introduction to the Nath Sampradaya (the history, world view and practices of the Nathas). The explanation of how to adequately perceive Yama and Niyama. Consideration of the Asanas topic, followed by the Asana practice - the first section of Yoga.

7pm-9pm The continuation of Pranayama topic and its connection with Pratyahara practice.

Part I. Samadhi and its various forms according to the texts of Yājñavalkya and Vasishtha, Gorakshanāth and other Yoga Siddhas, as well as the tantric sources.

Part II. Tantric puja (Navavarana-yantra puja) with an explanation of its basic elements and their meaning.