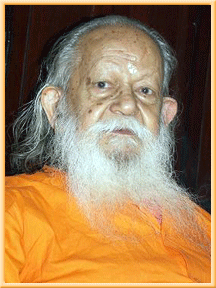 Patriarch Shri Yogi Avedyanath ji (Dharmanath Panth) for a long time was a head of the temple in Gorakhpur, the main residence of Dharmanath Panth, and acted as the main Mahant, under whose leadership most of the existing Nath temples are located. He was president (sabhapati) of the All-India Association of the Twelve Yogic Panths (AKHIL BHARATVARSHIYA AVADHUT BHESH BARAH PANTH YOGI MAHASABHA).
He was born on May 28, 1921 in Garhwal (Uttar Pradesh), was educated in the independent educational institutions of Rishikesh and Varanasi and got shastri degree (scholar). For a long time he was a member of parliament and gained fame for his special role in resolving many issues of the Hindu-Muslim conflict. Yogi Avedyanath led the temple of Gorakhnath in 1969 after his Guru Mahant Digvijayanath passed away and he resigned from the position of Mahant at the age of 93, September 13, 2014, leaving his body.
During his life Mahant Avedyanath has done a lot to maintain and develop Nath tradition. He is the author of many books telling about Naths, the doctrine of this tradition and its legendary representatives. He translated from Sanskrit into Hindi  ancient Nath texts. With his blessing, "Introduction to Natha Yoga. Shiva-tattva" and "Philosophy of Gorakhnath" were published in Russian. 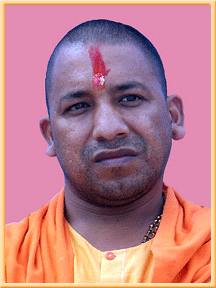 Patriarch Shri Yogi Adityanath ji (Dharmanath Panth) is the successor (uttaradhikari) of Patriarch Shri Avedyanath who departed in 2014.  He is a Mahant in Gorakhpur Mandir and the head of Nath Sampradaya. He is member of the Indian Parliament and currently 22nd Minister of State of Uttar Pradesh (since March 2017), member of the political party "Bharatiya Janata Party".
Born on June 5, 1972 in Garhwal (Uttar Pradesh), he received a bachelor's degree in mathematical sciences. At the age of 21 he left his family and became a student of Yogi Avedyanath, the Mahant of Gorakhpur Mandir and the head of Nath Sampradaya.
Yogi Adityanath is widely known throughout India for his pravachanas of the Natha teachings, as well as for his political speeches. Thanks to his active position aimed at the development of Natha Sampradaya, literature about the tradition is being published, and many Natha temples are being supported. In addition, under the guidance of Yogi Adityanath, a program for housing and medical care provision to poor children is being managed. 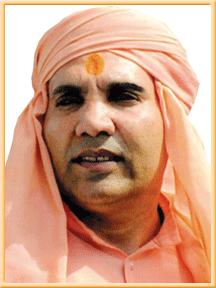 Patriarch Shri Yogi Chandanath Ji (Ai-Panth) for many years led the large temple complex in Rohtak, the main representative office of Ai-Pantha. This is the residence of Asthal Bohar Math, founded by Siddha Yogi Chauranginath and rebuilt by Baba Mastanath who performed tapasya in this place.
It is known that at the beginning of the 20th century, yogis of Asthal Bohar Math paid great attention to charity, education, ayurveda, opening Sanskrit schools and public hospitals. Mahant Yogi Chandanath continued this tradition, thanks to him in Rohtak were opened several schools named after Shri Baba Mastanath, a number of institutes and colleges such as Ayurveda College, Institute of Pharmacy, Engineering College and others. Yogi Chandanath ji left the body on September 17, 2017, he transferred his position to his successor – Mahant Balaknath. 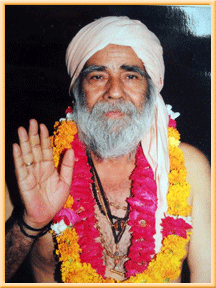 Patriarch Shri Yogi Anandanath ji (Ai-panth) – a famous tapasvi and yogi who devoted most of his life to the service of Sampradaya, for tens of years held the position of Mahamantri (chief secretary) in the All-India Association of the Twelve Yogic Panths (AKHIL BHARATVARSHIYA AVADHUT BHESH BARAH PANTH YOGI MAHASABHA) responsible for Kumbha Mela and all other significant events of the tradition.
Most of his time, Yogi Anandanath ji spent in Haridwar, the head office of the 12 Panths Association, but he was also Mahant of a large temple in the vicinity of Nasik (Maharashtra state), where sculptures of all 84 Siddhas, 9 Naths and other significant Deities in the Nath Tradition are collected. There is also the place of his tapasya and his samadhi (August 2010).