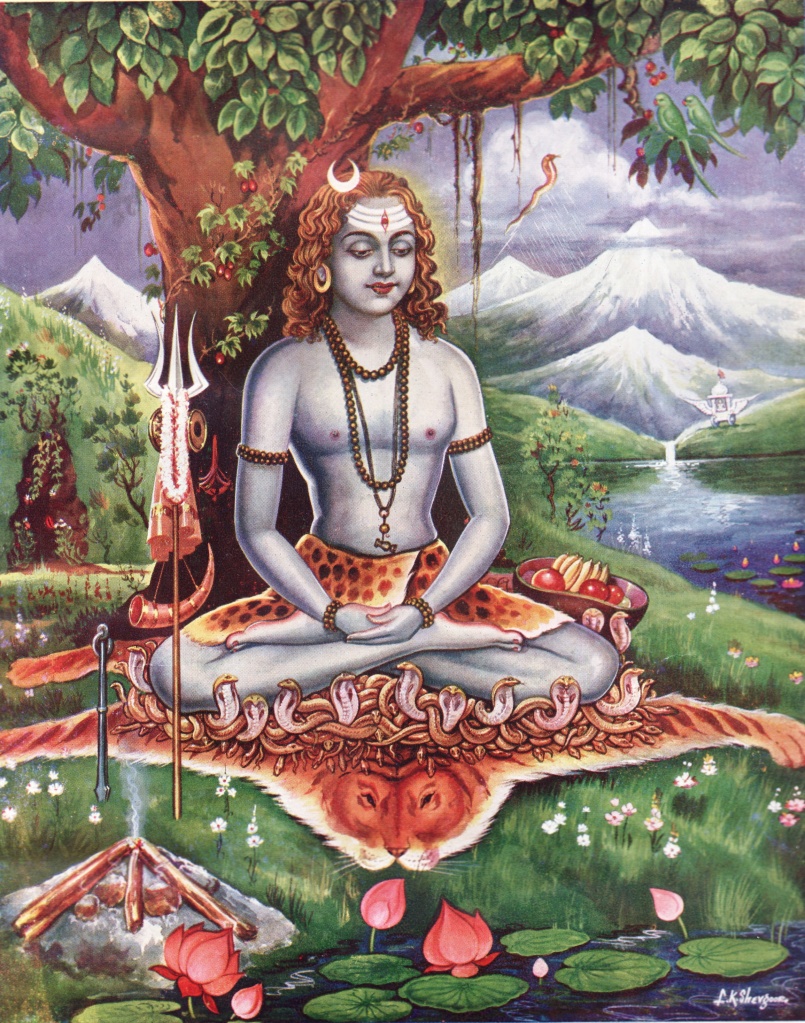 Gorakshanath is eternal, immortal Shiva, the Yogeshwara that protects all yogis. "Go" means feelings, body, universe; "rakṣa" – protecting, keeper; so Gorakshanath is the protector of all existence and kaya-sadhana, known as Hatha-yoga.

Nathas believe that Gorakshanath manifested himself in each of the ugas (periods) in different parts of Bharata, bringing the knowledge of yoga.

He is the disciple of Matsyendranath and one of Navnathas. He is also worshipped in the Buddhist tradition of Vajrayana.

Gorakshanath is known as a founder of Hatha-yoga as well as a great tantric. He developed Tantra yoga based on all Vedic and Tantric knowledge. He founded the order of Kanphatas, which members cut their ears and wear large earrings known as darshanas or kundalas which are connected to solar and moon energies. These energies play an important role in the practice of hatha yoga. Initiation in the form of cutting ears and wearing earrings is passed on only to the higher levels of disciples.

Gorakshanath is worshipped more than other nathas and deities among nathas. He is Shiva-svarupa. His name is mentioned in such early sources as Padma-purana, Brahmanda-purana and Skanda-purana. There we can also find the name of Matsyendranath.

Yogis say that Gorakshanath himself is past all understanding, but he showed the way to achieving the highest yogic aim, the full immortality.

Gorakshanath is an eternal form of Shiva. According to the legend Brahma, Vishnu and Shiva came to Gorakshanath in order to get powers to create the world. Gorakshanath took ashes (vibhuti) from his akhanda-dhuni and blessed three Deities on creation, support and destruction of the Existence.

In India a lot of regions claim that Gorakshanath came there. That's why, for example, on the map there are a few towns named Gorakhpur, such as in Nepal. There are a lot of holy places that are connected to Gorakshanath and his Guru Matsyendranath. There are also numerous stories that describe the actions of these legendary yogis.