Hakini is a Tantric Goddess, Yoginī, who is responsible for the bone marrow (majja) and controls ajna-chakra. She belongs to the Yogini group, which embodies the forces associated, on one hand, with the physical substances of the body (dhatu), and on the other – with the subtle level of the chakras. In addition to Hākiṇī, the group includes Ḍākinī, Rākiṇī, Lākiṇī, Kākiṇī, Śākiṇī, and sometimes Yākiṇī.

The fundamental text "Rudra-yamala", which is the source for many later tantras, contains descriptions of chakras and their inherent Goddesses, with each given its own stotra, sahasranama and practice.

The treatise on chakras "Ṣaṭcakra-nirūpaṇa" (32) says about Hakini, who is in ajna-chakra, the following:

The Lotus named Ajna is like the moon (beautifully white). On its two petals are the letters Ha and Ksa, which are also white and enhance its beauty. It shines with the glory of Dhyana (meditation). Inside there is Shakti Hakini, whose six faces are like so many moons. She has six arms, in one of which She holds a book; two others are lifted up in the gestures of dispelling fear and granting boons, and with the rest She holds a skull, a small drum, and a rosary. Her mind is pure. 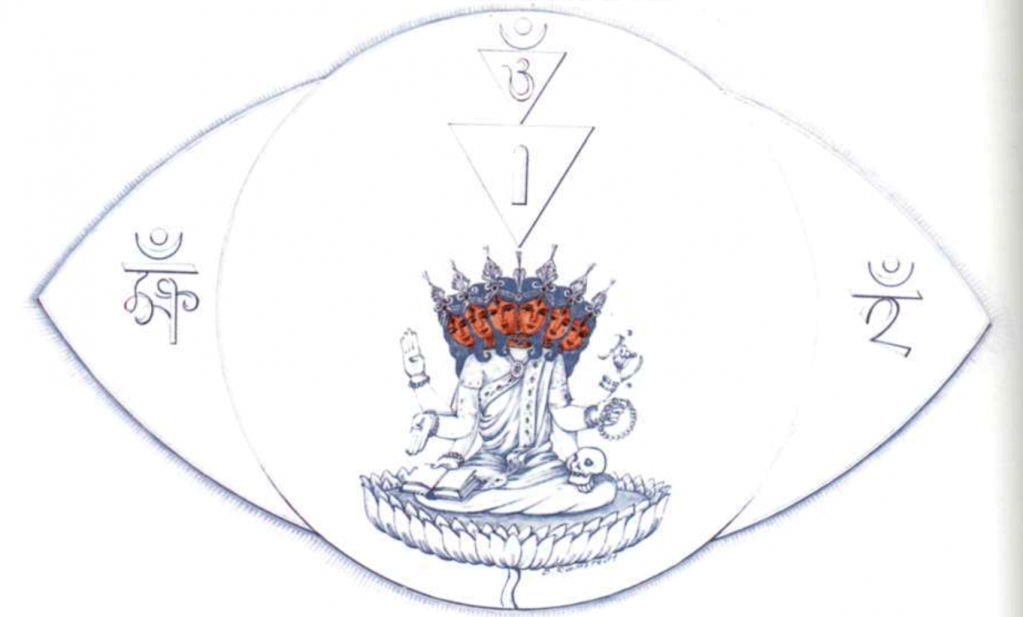 In the commentary to this text, it is added that Hakini is white and loves food cooked with turmeric, she is besotted by the nectar she drinks.

The texts of Shrividya Tradition ("Varivasyā-rahasya", "Yoginī-hridaya", "Tantrarāja tantra" and others) place Dakini in vishuddha-chakra. Together with other chakra goddesses, she constitutes the subtle body of Kundalini-shakti (Lalita Goddess) and is worshiped in shodha-nyasa. In “Lalitā Sahasranāma” several names of the Goddess Lalita Tripurasundari refer to Hakini:

Finally, according to "Shrīmattotara Tantra", the text of the Kubjika tradition, Hakini has the head of a tiger and eight arms; she is connected to the seed. Together with other Yoginis she  is located in Yogini-chakra (in the area of the throat). One of Ashtabhairavas – Kapala (Kadya) is Hakini’s consort.